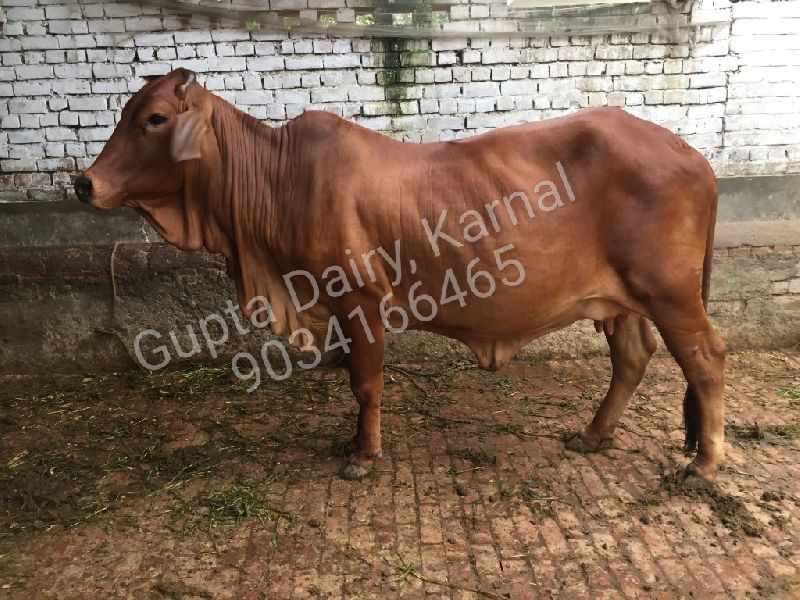 Having originated in the arid regions of Punjab, the Sahiwal cow breed was once bred in large herbs by the Junglies. Gradually with the development of irrigation systems, the breed began to be kept in smaller quantities by the local farmers. Presently, we are the largest Sahiwal supplier in India, due to our promise of ethical business dealings and reasonable pricing of the cattle.

Our offered Sahiwal cows are known for being highly-tolerant to heat and yielding a good amount of milk every day. Being the best Sahiwal supplier in Haryana, a lot of farmers use our cows for their protein-rich milk for being the only cow with proline properties in milk rather than histidine. The colour of our Sahiwal cows can vary from being predominantly red to reddish brown, with multiple amounts of white markings on the neck region. The offered Sahiwal cows are resistant to parasites and tick and are disease-free.

It is because of the docile nature of our Sahiwal cows, which makes them highly-functional for all kinds of slow activities. Our fame as the most reliable Sahiwal cow supplier in Tamil Nadu has encouraged us to better serve our customers and offering them the highest longevity Sahiwal cows that can reproduce till 20 years.

. Ranked as the leading Sahiwal cow supplier in Maharashtra, we supply you with Sahiwal cows that are capable of reproducing healthy calves. Additionally, the milk produced by the Sahiwal cows, are rich in fat content and yields quite a few health benefits as compared to the best of imported cow breeds.

The fat content present in our offered Sahiwal cows is 5-6% of fat, and the milk produced is a boon to humanity for being powerful enough to cure several diseases related to heart, diabetes, and cholesterol. As we have been dealing with the Sahiwal cow supply in Bihar for years, you can rely us on for high-functioning Sahiwal cows.